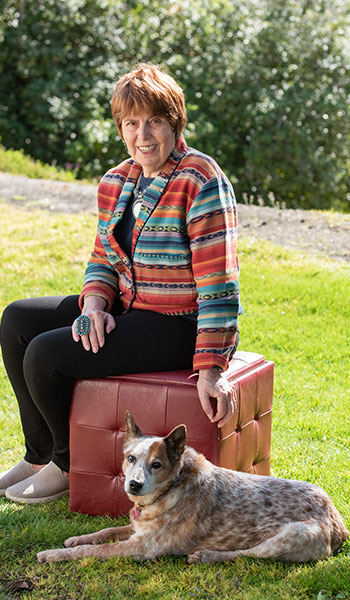 Parker grew up bilingual, fluent in both prose and poetry. Beginning at an early age she learned from her father to compose rhythmic, and rhyming verse.

She also learned from him about the stars, the constellations, and the myths that connected them.

As she progressed through lower grades and high school her compositions, especially rhymed, metered and humorous verse, could be met with disapproval from teachers.

However, in college where she majored in English she could spread her wings, increasingly applying her genetically well-honed wit.

Parker says she’s always had a career wake rather than a career path, rarely having to actively look for a job as it generally came looking for her.

She has always worked in traditional and non-traditional worlds concurrently, starting with public policy and its applications at the community level in tandem with her growing astrological and other esoteric knowledge and practices. Her work in both areas provided venues for breaking down highly complex systems into information that’s more easily digested.

Her poems, essays and articles have appeared in a wide range of published outlets ranging from “Journal of the American Medical Association” to “The Mountain Astrologer” to “North County Times” to “Nuthouse” to “New Press Literary Quarterly,” winning some prizes along the way.

An English major and graduate of the University of Wisconsin-Madison, Parker lives in San Diego with her husband Jeff.