An Astrologer's Tale from the Road 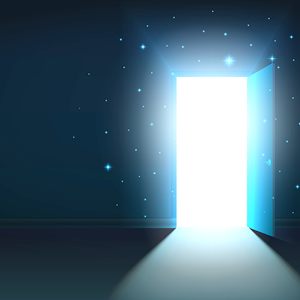 I tell this tale as a reminder to astrologers everywhere that the practice of our profession can be as much or more a ministry as it is a business.

One very L-O-N-G day a while ago I was one of two board members of the San Diego Astrological Society staffing our group’s booth at a poorly advertised and sparsely attended new age faire. As we walked through the nearly empty Del Mar Fairgrounds parking lot to the exhibit area we noticed the absence of cars. This was not a good sign.

There were so few in attendance that those who staffed booths at times seemed to outnumber attendees. To make matters worse our booth was stuck at the end of the far aisle next to unlighted empty space. We felt as if we would be sucked into a black hole before the afternoon was over. We decided to make the best of it—what else would an Aries and Sagittarius do?

Not surprisingly we hardly got any of what potential business there was. Those who were paying clients—all two of them—I directed to my booth partner since he was temporarily a tad financially challenged. In addition to my astrological earnings I also had a decent paying day job.

That left me to handle the astrological tire kickers and those with questionable psychological and psychical stability that disproportionately frequent such places, all claiming poverty, of course. But that was OK with me. After many years in 12 step programs I was at home in that environment. These were my people and they provided ample opportunity for the ministry arm of my astrological business.

After long stretches of boredom during which I periodically visited booths staffed by equally bored exhibitors, “my people” started showing up led by a trio of three women college students. They told me they didn’t have any money but were really curious about astrology. I believed them on both counts. The two who did all the talking giggled a lot. We chatted for a few minutes and I told them they were in luck, that I’d do a quick free chart analysis for each of them if they wanted.

I took the gigglers first, giving them quick readings. They were impressed. But my radar was increasingly tuning in on the third girl who stood a little apart, watching intently and saying nothing.

Her energy was Scorpionic, an energy I happen to like and understand. Her two friends kept looking over at her. Finally one of them said to me, “Do her,” at the same time looking hopefully at their silent friend.

I looked at her too, feeling an outpouring through her eyes of unspoken emotions, also typical of Scorpio. I said, “Why don’t we take a peek? The price is right.”

There was, as they say, a long pregnant pause during which none of the four of us moved or spoke.

She finally nodded and gave me her birth information. I was grateful she had the three magic pieces of astrological data: birthdate, time and place.

I saw why her friends were concerned about her as soon as her chart came up on my computer. Among other aspects she had double Pluto-Moon aspects by both transit and progression focused on her eighth house. To astro-muggles, that’s the chart environment in which you don’t just change, you are changed, often through deep loss or threat of loss of something dear. (I’m treading softly here.) And we all know how much we enjoy that!

To those without knowledge of the temporary influence of “difficult” astrological transits and progressions it can feel like a descent into a permanently scary state. When the planets involved are Pluto and the Moon, the Moon can pull you backward in time while Pluto simply pulls you under which often results in a theft of feeling any sense of future. Astrology can identify the time these conditions will begin to ease and then pass.

I paused before saying anything, praying for the best way to talk with her. I decided on the direct approach.

I led with, “You’ve been getting increasingly depressed, and this month you moved into feeling hopeless. It won’t last.”

Her eyes widened but she didn’t say anything. I went on. “I can tell you when it started,” and I named that time which she confirmed. Now she looked interested.

“It’s going to end in less than two months and you’ll feel it lift pretty quickly,” explaining at some length about her Pluto Moon influence.

The young woman was no longer frozen. She finally spoke, saying, “Thank you very much. I thought it was here to stay. I really didn’t think I was going to survive it.”

Her friends looked relieved. She and I then chatted privately for several minutes and by the time the trio left her demeanor had changed noticeably.

No sooner did they depart than a woman with fluttering hands, fluttering clothes and wild hair arrived. She told me she only had a few dollars in cash, she’d forgotten her check book and then she started to cry. In spite of her physical and emotional disarray there was something in her I liked. You know—my people.

“Take a box seat,” I said, pointing to a chair which she collapsed into continuing to sob. Her husband of 30 some years had just left her for someone else, someone younger. She wanted an astrologer to tell her why he didn’t love her anymore.

We astrologers get this question a lot and the starting (and ending) place for the answer is always hard for the person to hear and begin to process. That’s because while planetary chart significators of these situations do indicate outer events they more importantly indicate the person’s evolving inner environments and the necessity of these shifts to occur in the outer.

Discussions about this conducted with an open heart and two receptive ears can lead to productive understandings. She and I talked for about an hour and a half and she left me not crying.

In spite of the day being disastrous from a business perspective, the ministerial part of me felt good. It had been a good day. It was about to get better.

After I got home a woman called who introduced herself as an astrologer who was a friend of my last “customer” who gave her my card wanting to know if we knew each other. We didn’t.

This astrologer said she wanted to first thank me for being kind to her friend, that she came back in much better shape than when she went to that faire looking for answers. Also the astrologer wanted to complement me on my astrological abilities from what her friend had told her that I had interpreted for her.

Yes, it was a good day indeed—another example of the richness of coinage tendered and redeemable only in consciousness.