Winter Solstice: When Light in the Darkness Finds You 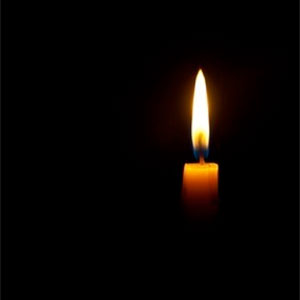 Every culture has its version of a “let there be light” story. Some describe creation; others are tales of renewal of light that has been “lost.” Here in Western culture we are heavily influenced by the renewal stories of the Judeo-Christian traditions, most notably the birth of Jesus and the origin of Hanukkah which, not coincidentally, are reported to have occurred around the time of the Winter Solstice.

But I think the real point of these stories is for us to apply them personally, to recognize and embrace some illumination in our little lives when we are mired in our greatest periods of darkness and hopelessness, especially at this time of year when in many areas of the Northern Hemisphere the seasonally barren landscape surrounding us can reflect the inner landscape of our souls.

So as we near this period, take some time to reflect on a particularly poignant experience of a time in your life when the light started to shine out of the darkness so that you found a way to embrace each other, the light and you, for a surprising moment of “aha!”

Following is one such story of mine that took place when I was growing up in Wisconsin where winter, which starts in late October or early November, officially arrived when the skating rinks were created anew by flooding parts of the playing fields of all schoolyards and parks. When the ice on the lakes was thick enough the snow plows drove out onto the small bays to clear off much larger skating areas.

Although winter is cold, its real sickle stroke is the dark. It makes one huddle into oneself when the sun goes down around four in the afternoon. But the skating rinks had big floodlights and no one really noticed it was dark, that is, unless you were the last to leave. Then it was your job to turn out the rink lights. (This was the 1950s, a time of good citizenship.) The rink I usually skated at was a particularly long way from the street, so you really noticed how dark it was, walking up the steep hill to the street. So no one wanted to be the last one to leave, especially me, because in those days I was afraid of the dark.

One day in fifth grade I was possessed by two types of insanity that can take hold during winter in snow country:

These two often culminate together—and trust me, it doesn’t matter which one delivers the first punch as the other is sure to follow. Readers should have no problem guessing which type first took hold of me that particular day when I tell you I chose to ride my bike to school in spite lots of snow not yet completely cleared from the sidewalks and roads.

It was pitch black that late afternoon. It was freezing, even for Wisconsin. I was practicing this one skating maneuver I had trouble with and was determined to keep working on it. I was so absorbed I was surprised to notice that everyone else had gone home for dinner, leaving me the last one at the rink. My toes were beyond numb and I was too cold to take off my skates and put on my boots, so I put my rubber skate guards on (Wisconsin kids learn to walk fair distances this way), fastened my boots to the handlebars, turned out the rink lights, struggled up the slippery bank, and started on my bike ride home pedaling with my skate-clad feet. Yup, insanity!

It was also stupid and hellishly difficult, of which I was well aware, but I wouldn’t stop to do the obvious—change into my boots. Plus, the trip home was several blocks, uphill the whole way. I made it to the sidewalk in front of the house just below ours on the hill at which point I realized I had no more energy, no more will to go on. I wasn’t going to make it.

Winter NightVery dramatically I let my bike fall over to the side with me still on it, landing in a deep snow bank. It was a grandly satisfying gesture. There I was, still on my bike, both on our sides, the bike and I, sort of like still being on a horse that just died under you. I lay there knowing I, too, was going to die in sight of my house with the big front window spilling light out over the snow. I thought about how warm it would be inside, how my family would be involved in all the before dinner activities and conversations. I was still in the time corridor in which no one would be worried about where I was, so no one would be out looking for me yet.

I lived on a quiet street and no neighbors were out so it was just me, lying there in my little mortality crisis, dying just 50 yards from my house and no one would know until it was too late. I reflected on this for I don’t know how long. I kept looking at the light from our living room pouring out over the still unblemished snow of our front yard from the storm a couple of days before. By now I was really really cold.

Suddenly, something in me snapped and I said out loud, “This is stupid.”

I simply got up, and still on my skates, walked my bike up the hill and into the garage. I entered the house to the usual greetings. No one in my family knew I nearly died out there, and I never told them until years later after I came to the realization that it wasn’t just a day in which I went totally nuts, but a day in which I also negotiated some significant breakthroughs.

I’ve come to know it is light that calls us into the dark in the first place—to find something new, to face something we didn’t know needed facing. If there had been no light at the rink I wouldn’t have been there when it was dark. And that would have been a shame. I may never have conquered the troublesome aspect of that skating maneuver. I wouldn’t have faced those few scary moments alone right after turning out the rink light, and I may not have learned so early that I could climb out of a depressing situation simply by changing my mind and then acting on it.

Those were the illuminations waiting for me in that winter day. What are some of yours?