Pluto Pulp: For Those Who Suffer 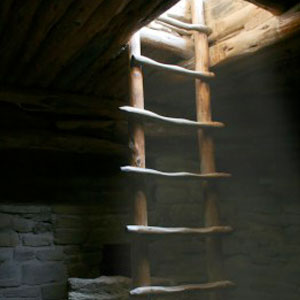 If you believe God never gives you more than you can handle you won’t like this blog post very much.

Life is filled with little else but new life breaking through the outer shell of the old form, an inherently violent process when you think about it. We see it as normal and natural when we witness it in nature but whine and moan in pain when it happens to us. But on some level we know that the process that breaks us down also moves us closer to who we must become. When we are thus broken we enter the domain of Pluto because that is also the domain in which we are resurrected.

When clients come in for a reading with major Pluto aspects—and actually Pluto has been good for business in that regard, especially lately—they generally start off by telling me that they must have done something really wrong, made a terrible decision which interestingly enough they can’t pinpoint that was sufficient to produce the poundage of pain and suffocating incarceration they’re now feeling.

When transiting Pluto “stations” or retrogrades back and forth hitting key points in a person’s chart, a period lasting close to two years, it can produce devastating effects. I know this because I’m an astrologer and I know that’s how Pluto works. I also know “closer than hands and feet” because I currently have one more month in such a Pluto cycle and it has been a deep, isolating, shackling, inexpressible Hell. No, nobody has to hide the sharp implements. I wasn’t a danger to self or others as they say in the psych biz, but I have been scared and miserable, not easy for someone with eight planets in fire and air to admit, or come close to describing.

I’ve been locked in Pluto’s embrace tumbling me over and over in his slow death role as he squares my Sun at 6 degree Aries, while Uranus seesaws back and forth across it. Add to this transiting Saturn crawling back and forth across my ascendant. During this time I have been Pluto pulp, road kill that’s not allowed to completely die.

I always tell people that with a hard Pluto aspect (conjunction, square, opposition) there is no way to adequately prepare for being kidnapped into the underworld, robbed of expression and severely limited in movement, even to the degree that a vision of the future is blocked.

The usual osmosis with the world around us has mummified. Skills, talents and strategies we could always apply creatively to new and fearful situations don’t make anything better. During this period I worked many long hard hours for a company I love at tasks I found I hated. We find we simply don’t know what to do.

That’s because, as my Jungian analyst Jack Sanford used to say, it is an interregnum (between kings). “The old order has passed away, the new order is not yet established and in the interregnum are many morbid conditions.”

When we are touched by Pluto we leave the kingdom of the living to go to the kingdom of the dead where we are stripped of what we no longer need. We put up a hell of a fight but our weaponry has lost its power and there is no negotiation. We must submit.

As an astrologer, as one who has lived an increasingly conscious and creative life well into my sixth decade, and as one who also has a Pluto Petri dish for a chart, I am not unschooled or inexperienced in how the King of the Underworld forces us to change. Still, I was surprised and was surprised that I was. I didn’t know what to do either.

That’s the problem for most of us in Western culture in dealing with a Pluto experience. There isn’t really anything for us to do except, of course, face our deepest fears, the ones we least want to acknowledge let alone deal with. In spite of our paralysis we will be taken down into the kiva where we must face matters of soul unmasked and alone, or so it seems at first.

Ultimately we will find our deepest connections to Life, to God if you will. However, when we first stand on the surface looking down into the undifferentiated darkness of the kiva it can be terrifying. But once the descent is made and after a l-e-n-g-t-h-y time spent underground we eventually become acclimated somewhat to the dark and dimly see the passage out into the light, as these two images of kiva ladders for the descent and the ascent portray.

We are brought into the kiva because there is something there that we need to connect with, need to call upon that we have not had access to. The closest I have come to finding a description of this process, other than in myth, is a passage I found several years ago, in the grips of another Pluto transit when I was diagnosed with breast cancer. It was in the book Night by Holocaust survivor and Nobel Peace Prize winner Elie Wiesel in which, prior to being taken to Auschwitz, he tells of a conversation he had as a young teenager with his spiritual mentor, Moishe, whom everyone else thought was kind of nuts:

“I pray to the God within me for the strength to ask him the real questions.”

So finally we do come to know what we have to do. And down in the kiva with Pluto is where we find both our need and the strength to do just that.