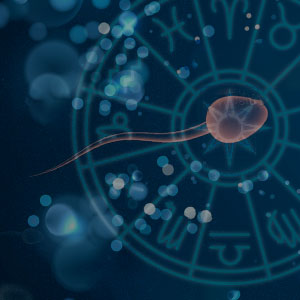 We astrologers are used to hearing statements from people who, while vitally interested in astrology, aren’t particularly knowledgeable about it. So they often speak in sound bites which, as this campaign year reminds us, reflect only part of the truth—sometimes a very small part.

Typical of what we frequently hear are: “Libras can’t make decisions.” “Virgos are nitpickers.” “Leos are show offs.” “Aquarians are weird.” These statements, superficial as they often are, also attach to deeper truths that need excavation to be revealed and understood.

Tell this to those Scorpios who don’t know anything about astrology (the majority of the population doesn’t know much about it) and most will look kind of stunned. Then they’ll generally respond with their favorite word, “why.” More on that later.

I’ve found as an astrologer and sometimes Tarot reader that Scorpio’s association with death in particular can freak people out. If the death card comes out the person often gets a startled look to which I immediately respond: “Relax! That just means change.” But our current societal norms don’t allow us to see death as change because we don’t see the context of death, only its experience, an experience that terrifies many of us putting it at the top of our personal and cultural terror list.

The sex and death association with Scorpio doesn’t have anything to do with passion, or how Scorpio people perform in the sack, or how Svengali-like they may seduce, or how mysterious they can appear. The explanation is based in biology, including the other –ologies in the physical sciences, applied to all levels of reproductive processes. Closely observing nature shows us this is a chief operating principle in the universe.

Here’s how Scorpio’s archetypes of sex, death and their resulting transformation (throwing that in for a bonus round) exist together in one process:

Not very titillating but truly mysterious and holy. And it is this mystery that intrigues and engages Scorpios. This is why one of Scorpio’s favorite words is “why,” and why one of their favorite passions is following its trail no matter where it leads. I’ve memorialized this inner necessity of Scorpio in my book, Humanus Astrologicus. Here’s an excerpt:

They go where their deep passion takes them
Even if the journey breaks them.
And when it comes their time to die
Their last word uttered will be “why,”
Regretting all that they don’t know
Because, you see, it’s Scorpio.