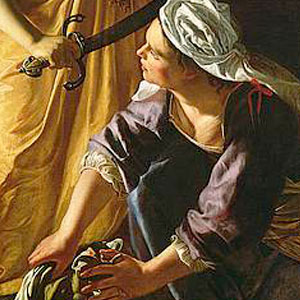 At first it’s hard to see how the sign of Virgo can produce anything that contributes to a power imbalance. It’s like trying to imagine how you could be hurt by baby rabbits. But remember, Pluto doesn’t cause imbalances, it reveals them relative to the sign it’s in, makes them go viral. Then we have to clean up the mess. Cleaning up messes is one of Virgo’s many callings.

The Virgo archetype typifies hard work, service, health, order, and attention to detail. Virgo just wants to help. Originally it was the sign related to servants, which in modern times has morphed into a more general concept of service. For all the inflated rhetoric attached to service today it isn’t culturally assigned any more material value than it was thousands of years ago. For verification one need only look at pay scales attached to these positions and how they are treated by those industries, institutions and governments they work for. As anyone in a service profession can tell you, this work isn’t done for the money.

Virgo is the Cinderella of the zodiac. So before getting into Pluto in her sign let’s first rescue her from the ashes and centuries of trivialization. Virgo today is one of the most misunderstood and undervalued signs in the zodiac.

Other than the fact that Virgo follows the royal sign of Leo in the zodiac I never really thought much about this sign’s tie with service until I began studying Qabalah. I learned that Virgo is associated with the Hebrew letter yod which means “hand.” At first blush this made sense since royalty and other nobility didn’t work with their hands. That was the task of servants and those working at crafts.

Throughout history, the most beautiful works of all cultures—art, jewelry and other artifacts—were not created by the ruling classes but by those who served them. Over the centuries such works are considered to be of incalculable value. Not only are they the targets of treasure hunters, but of historians who use these many pieces to construct pictures of the paths humanity has taken to the present. It is doubtful that those creating these works received much if any compensation other than a sense of honoring the muse which inspired them.

Here’s where I think the heart of understanding Virgo is. The letter yod is shaped like a flame and is the foundation for every letter in the Hebrew alphabet which in esoteric circles is called the flame alphabet. Since one of the tenets of Qabalah is that spirit is embodied in the flesh (a concept that drives many religious sects nuts), the notion of hand takes on greater significance. Virgo represents the hand of God at work—at work through us in the world.

Hands are what we use to create, to touch, to connect, to plant, to harvest, to lay on the sick to heal them. It can also be the hand belonging to an IT staffer standing outside my office door waving a sheaf of papers and scolding me because my staff and I didn’t submit our data comma delimited.

It’s important to put Virgo’s attention to detail in perspective. Virgo (I analyze) is opposite Pisces (I believe). The trajectory of analysis should not be to get stuck chasing its own tail but should ultimately lead to belief. Likewise, belief not resulting from examination is just a castle in the sky. Virgo without Pisces as a goal can get lost in the tall grass busily counting every blade. Likewise, Pisces without a Virgo examined foundation drifts like a stoner.

Most of the time we don’t have a clue how we’re doing on this journey, but one guiding point is that Virgo’s humble tasks of serving everything but the ego are the path to Pisces and to wholeness. So in the meantime breathe in, breathe out, put one foot in front of the other, and show up. Volunteer for something. Show some humility. Do those little tasks that help often when we don’t know why. That’s Virgo.

Then it begins to happen. The light starts to go on. The timing of our lives seems to improve. Those rare flashes of insight now become more integrated into our daily process, and we gain confidence in that process. This is the development of belief and its practice which is faith. That’s connection with Pisces, a greater will to good.

OK, school’s out so let’s tap into Pluto in Virgo. Pluto entered Virgo in 1958 and left in 1971. His entrance at first seemed innocuous enough and many people benefited. Massive amounts of information now became available. For the first time large mainframe computers came into use. It was Virgo heaven, the storage and management of detail and, oh happy day—now at our fingertips rapid large scale analysis. On the health and service end Medicare began giving every senior citizen access to affordable healthcare. A nationwide network of kids spurred us all to do better at cleaning up our environment with their “Don’t be a Litterbug” campaign.

That was the good stuff of Pluto giving the masses what they need. However, as this placement in Virgo would soon reveal, Pluto doesn’t live on the surface. He digs deeper than anyone is ever comfortable with and his excavations disclose rotting festering inequities in ways that are scary and sometimes violent.

Virgo and Pisces are great at helping others. Standing up for themselves? Not so much. Pluto is a modern planet, a sort of cosmic Libertarian. He doesn’t equate service with slavery as has been the trend for much of human history. When he enters either of these two signs, the life areas they represent become center stage for examination, censure if needed (always) and eventual transformation.

The Virgo-Pisces polarity is also the polarity of sacrifice (Pisces) to the greater good through individual martyrs (Virgo). The 60s saw a terrifying and heart-breaking string of assassinations. The civil rights movement erupted when Pluto was in Virgo producing many martyrs to its cause as well as to other causes.

We’ll pick this up in greater detail in the next post along with a look at the Pluto in Virgo generation now dethroning Pluto in Leo leadership. Wisconsin Governor Scott Walker and Barack Obama are two of those.