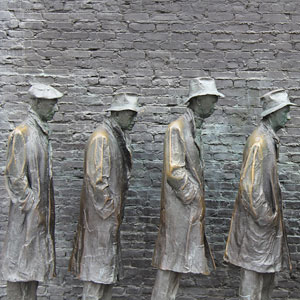 “Don’t forget the ladies, John,” Abigail Adams reminded her husband as he departed Massachusetts for Philadelphia to join the other Founding Fathers—meant in every sense of the word—to draft our emerging nation’s constitution.

Of course they forgot. What else would you expect from a bunch of 18th century white guys of colonial European origins? Pluto was in Capricorn, archetypal sign of Big Poppa and the patriarchy. Predictably, several years later when the constitution was drafted, they constructed lines of administrative authority that protected and supported the structure of government and set an advantageous climate for American business.

Unfortunately, more than half (60% probably) of the new nation’s citizens—women and slaves— had no formal means of representation in this new government except indirectly through the beneficence of the men in their lives. Women I’ll address in this post. Slavery I’ll take up later when dissecting Pluto in Libra/Aries.

How well did Capricorn’s policies provide for women and all that is associated with them? Fast forward 130 years to when Pluto took up residence in Capricorn’s opposite sign, Cancer, sign of home, children, family, food and archetypal Big Mamma. When a planet moves opposite the sign of its original placement, what was overlooked or ignored relative to those two signs now roars out of the darkness with a vengeance demanding to be recognized. And because it’s Pluto he brings large scale cataclysms no one can ignore.

Gee! What could government and business policies have to do with disasters impacting protections for homes and families when Pluto was in Cancer between 1914 and 1939? Well, let’s see. . . how about the crash of ’29 and the Great Depression?

Sure, that put our business environment (Capricorn) in shambles. But the images forever burned into our nation’s collective psyche are the numbers of homeless people (Cancer) who roamed our nation on an unprecedented scale. This deeply stabbed at the core of who we thought we were as a people when millions of mothers and fathers couldn’t feed their families and had to rely on what became known as breadlines.

Out of this mess Big Mamma and Big Poppa for the first time started consciously working together, falling along archetypal gender lines. Only this time Cancer called the shots. She, like Mom, cleans us up, bandages and kisses all our owies, and sees that we’re safe and snug. Most important she makes sure that everyone at least gets something, a detail that generally escapes Capricorn.

Capricorn energy in response (finally) resulted in the government setting regulations to prevent these economic disasters (which we continue to erode), began feeding everyone, and hired millions of people to put the nation back together. By the time Pluto left Cancer women could vote, Social Security was in place, a new infrastructure was established and the nation was back to work.

So now we’re back where we started, with Pluto back in Capricorn in his original position in the American horoscope. How do you think we’re doing? Right. Not good. But as I stressed in my February 4 Pluto in Capricorn post, he’s just getting started. Pluto’s a tough task master. If the lessons of the past are not constructively put to use in the next 14 years before Pluto enters Aquarius then this nation may have to reinvent itself—Pluto style, and that won’t be pretty.