For Mothers & Daughters on Opposite Sides of the Veil 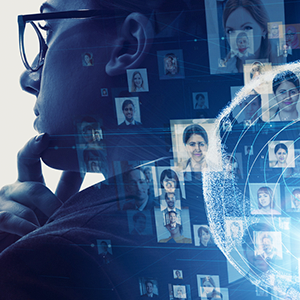 This holiday season is the fourteenth since my mother died. At this time of year my heart aches for her so much even though I know—key word know—that the veil that currently separates us is an illusion.

She and her mother helped teach me this during their lives, continuing their lessons after their deaths. We have deep Piscean connections that pass through the veil.

My mother, her mother and her grandmother were all carriers of the astrological lineage they nurtured in me from the shadows of their twelfth houses to enable me to carry astrology’s light full force into the days of my life.

So tonight, Christmas Eve, I post a piece I wrote in the year Mom was dying. I dedicate this to all mothers and daughters who are on opposite sides of the veil–or are about to be.

IMAGINARY PLAYMATES FOR THE OLDER SET

My mother is dying now. She’s in Phoenix and I’m in San Diego, so I spend part of my time driving there and back. She spends part of her time with her parents who have been dead more than 30 years. That’s not all. She’s having other visitors, too, or else she goes visiting. I’m not sure which.

The visitations began during the recent health crisis that made her decide against any more medical intervention for the disease that will soon take her from this life. Her third day in the hospital, I came back from taking a shower—I’d resorted to sleeping in her room to protect her from those who were supposed to be caring for her—and asked her how she was doing.

“Fine,” she replied. “As soon as you left, a woman came and sat with me. At first I thought you were still here.”

I went on alert. Judging from the insensitive care Mom was getting in the hospital, it couldn’t have been any staff member. Mom was lucid. I’ve seen her out of her head with fever and coming out of anesthesia. This was not like that.

“Where is that woman you saw now?” I asked.

“Over there.” She gestured with an I.V. riddled arm toward the bathroom door.

“Is anyone else here?

“Well, there’s a man in that chair over there.” I went over and sat on him, or at least where he was supposed to be seated.

“That wasn’t very nice,” she said in a reproving voice I hadn’t heard directed at me in decades.

We talked of Mom’s own mother who had been mostly vegetative for the last year of her life. The night she died my aunt was helping the nursing home aides spoon dinner into her. The aides left and it was just my aunt with Grandma who was softly gazing nowhere, saying nothing, recognizing no one, as usual. Suddenly, she sat straight up. Her whole being brightened. She reached out her arms in front of her and joyfully exclaimed, “Oh, hello!” Then she was gone.

Mom and I think Wordsworth was right when he wrote:

“Our birth is but a sleep and a forgetting:
The soul that rises with us, our life’s star
Hath had elsewhere its setting
And cometh from afar…”

In the same piece, “Ode to Intimations of Immortality,” Wordsworth goes on to say that “Heaven lies about us in our infancy…” but “shades of the prison house begin to close…”

It’s a developmental given that young children have imaginary playmates, which is perplexing to parents and embarrassing to psychologists. What if these imaginary playmates are a part of this heaven lying about us in infancy? What if they are guides until the prison house gates of maturation clang shut and we are physically and psychologically incarcerated in manifestation? If that is the case doesn’t it make sense that these same guides would come around on the flip side of life to help us exit?

Recently, Mom and I sat holding hands, not saying very much. I asked if she’d gotten any choice information from her visitors that she’d care to pass on. She looked at me a moment and then said, “Mother came to see me. She was standing right there.” She pointed to a spot in the room. “She said mothers were never very far from their daughters and that she has never been far from me or my sister. She told me that she would be there if I needed her, but that I haven’t needed her—yet.”

Mom then reached up and softly stroked my cheek saying, “I want you to remember this when it comes your time to die. Don’t forget.”