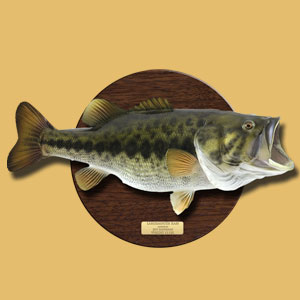 I’ve written many blog posts involving my father and his role in teaching me about mythology and the stars. But tonight, on the threshold of this most magical of seasons-Thanksgiving through Christmas-I am deeply nostalgic, filled with wonderful memories of my father and the rest of my family no longer with me, missing them deeply and feeling blessed to still feel them so strongly around me.

Tonight I am not interested in significance or plunging into astrological depths. I merely want to share a little piece of another of Dad’s passions—fishing. Thank God he was more accomplished about the stars!

I come from a family that has had many successes. Catching fish is not one of them. In fact, it seems to be a family curse with Dad its chief carrier. But his curse wasn’t “not catching anything” that plagued the rest of us. His was the heartbreaking “the one that got away.”

Now to people who don’t fish they may sound like the same thing, but they’re not. Also, we would all “catch fish” in a most generic sense if you counted pan fish, unless you live around people who fish. Real fishing folks don’t count pan fish. Four-year-olds catch pan fish.

But one magical evening early in the summer before I entered sixth grade, Dad transcended a lifetime of angler’s angst, and gave our family one brief shining moment in fisherman’s Camelot.

“Come on, kids,” he called from the pier. “Tonight anything we catch is legal.”

It was the opening day of bass season and he was excited. Early evening was his favorite fishing time. We clattered out to the end of the pier just as he finished his first cast with his new spinning reel.

Suddenly, the line caught, the rod bending promisingly. This was no pan fish with which we were all painfully familiar. Reeled in and flopping on the planks of the pier he was magnificent. In fact, he was a whopper, for a small mouth bass—four and a half pounds, 20-1/4 inches. We were impressed. Maybe other families required a fighting musky or walleye pike to redeem them from fisherman hell. Not us. We were thrilled.

We immediately named him Bertram and Dad had him stuffed and mounted. Bertram Bass. He was like a perpetual family pet, one who wasn’t going to die on us because he was already dead, although we didn’t think of him that way. How could we? Taxidermy became him. We came to know him not as the muddy green fellow he really was, but eternally arched in flight, colors blazing (more like a rainbow trout we thought suspiciously), straining magnificently in his death throes. He looked so vital.

Bertram always had a place with Dad. Even Mom liked him. When we children left home and Mom and Dad moved to smaller and smaller living quarters, a portion of a wall was always given to Bertram, even in the nursing home Dad spent the last year and half of his life in.

Several years after Dad died, I was going through a small box of some of his no longer important papers and a few old knickknacks. Among them were his birth certificate and Bertram’s plaque, separated from Bertram I don’t know when. I picked up each of them.

In one hand I held a yellowed paper issued by a clerk in Knox County, Ohio, documenting a man’s length and weight at birth. In the other hand, on a small pine plaque crafted by a taxidermist in Boulder Junction, Wisconsin, was inscribed the length and weight of a fish on the day of its death, commemorating when those two lives intersected to bring a brief moment of triumph for the man, and transportation into immortality for the fish.

Clearly, these were not events of equal impact, but I felt their documentation belonged together. I put them back in the box next to each other.