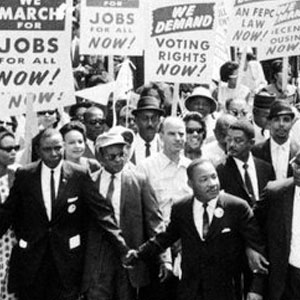 To briefly recap from Part I: Virgo rules all those things that assist us: employees, servants, service in general, volunteers, people who work with their hands—you know, the “little people.”

Virgo’s willingness to help has been structured by culture to serve others but on others’ terms. This became so culturally embedded that many except the most oppressed did not see it this way. When Pluto went into Virgo (1958-1971) he generated mass eruptions to free people from unjust servitude.

Virgo is also the archetype of the information analyst but is not an investigator. That’s the purview of Scorpio. However, when Pluto, who is ruler of Scorpio, entered Virgo he added that investigative energy, requiring that we not just look at “what” but that we also ask, “Why?” Pluto makes you dig deep and the deeper you go the more you find. Uncover enough information and eventually critical mass is achieved, ignited and hurled into the center arena like a hydrogen bomb.

The civil rights movement was a massive self-actualizing movement involving millions of people seeking to end second class citizenship. It fully launched during Pluto in Virgo when increasing numbers of people asked “why” about segregation and found the answers intolerable. The old information just didn’t fit anymore when television and newspapers spread visceral images of blatantly unfair policies and savage police beatings that clearly did not serve the greater good.

Remember that Virgo is the sign of the martyr and its opposite sign Pisces is the sign of sacrifice. The Pluto in Virgo years generated the longest list of publicly recognized martyrs. Among them were civil rights leaders, advocates, freedom riders, countless innocent bystanders, a United States senator, and a president. For many, the sacrifice of thousands of American soldiers killed “serving” their country in Viet Nam became an empty one when Daniel Ellsberg released the Pentagon Papers revealing that four successive presidents had misled the American public about this nation’s true intent in Viet Nam. We have never felt the same about our government since then.

Let’s fast forward and take a look at those born with Pluto in Virgo who are currently occupying increasing numbers of key positions with political power.

Because Virgo is the organizer of information and Pluto bestows a gift for strategy, this is the generation that perfected cherry picking, the strategic use of data to achieve goals. They are adept at using only data and information that prove their points and not revealing the rest, and can consciously conceal what doesn’t serve their cause or even refutes it. How they use information and for what goal depends upon their individual characters.

The weakness of this placement becomes evident when they get pulled off their talking points—and you have to be darn good to do this to Pluto in Virgo—or their cover gets blown. Then they have to deal with what has been buried and is now being used against them. Their other astrological signatures provide clues for how they respond. For instance, Wisconsin Gov. Scott Walker with Scorpio Sun and Scorpio Moon stubbornly digs in. President Obama with his Aquarius rising and Gemini Moon distances himself from intensely emotional situations and objectifies what is occurring.

Remember that Virgo is about information and its analysis. In politics regardless of protestations to the contrary politicians and others in public positions with this placement I believe are the most influenced by polls. And polls are a measurement (Virgo) of their power (Pluto) and influence. Watch our president when his poll numbers go down and see how he suddenly weighs in strongly on an issue and his numbers go up again. I don’t think anyone expects Walker with his double Scorpio thing operating to voluntarily budge one inch.

I expect good things from this generation. Virgo is also about health and eventually during this lengthy Pluto in Capricorn period (see Feb. 4 post) I believe that we will get to the heart of true health care reform—and it will be because the little people demand it.