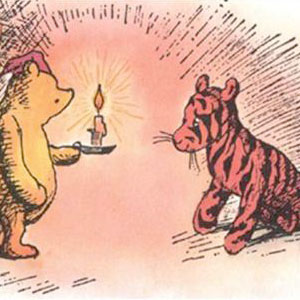 So let’s pick up from Part I when we left Mercury and Venus with the pledge for today’s post to explore what happens when the machinations of the conscious mind (Mercury) meet up with personal desires that actually come from the unconscious mind (Venus).

These two planetary archetypes are referred to in astrology as “personal planets.” This is a nice way of saying that they aren’t perceived as game changers like the big guns Saturn, Uranus, Neptune and Pluto. But they are just as big because the roles of Mercury and Venus and the many little steps they get us to take is to direct us away from what someone else wants for us or what we thought we wanted to where we can find our individuating roles in the Great Work of Life.

Consider this: Mercury and Venus can’t get farther than 76 degrees from each other. Therefore, they can only form two Ptolemaic aspects to each other – conjunction and sextile – not thought of as catalysts or indicators of major shifts. But as we look back over our shoulders we are amazed to see their roles in the creation of the paths we followed that led to startling game changes.

To dig into this let’s get back to astrological basics. Mercury navigates. Venus attracts. That sounds nice and orderly, doesn’t it? It isn’t. This is where we run off the rails and don’t realize it. But that’s the point. We’re supposed to run off the rails until we can establish tracks that take us to who we are becoming.

We think of navigation as a conscious act. We humans are in love with our conscious minds, believing we are rational beings following the compass needle of our intent.

However, we mostly are not all that rational and especially not when our compass (Mercury) is pointing to Venus. That’s because Venus is a magnet – and what happens when a compass gets near a magnet? Wherever the magnet is located is where the compass needle points.

Remember that Mercury navigates us to the borders of our known and unknown worlds — away from what is no longer vital for us even if we don’t realize it — to the edges of experiences not known to us but necessary for us to start getting acquainted. We often find this uncomfortable and sometimes just plain scary.

Also recall that in mythology Venus was the one Mercury had a passionate sexual interest in. So when his “needle” points to Venus, whereever she is will also be a boundary between our known and unknown worlds. But the difference is that when it’s Venus we want to go there. It doesn’t matter that we may not know what or where “there” is and we may not even be aware we’re on a new course. But we are and that, as will be discussed shortly, is by divine intent.

When conservative and orthodox curators of religion pound pulpits preaching against runaway passions and those who have strayed from “the path” (so designated by collective thought), they’re really talking about Mercury’s pursuit of Venus that’s going on inside us all. And I certainly think church would be a lot more fun if they did talk this way.

Since I’m a recovering English major I like to punctuate points with literary references. I have one handy.

In The House at Pooh Corner, we are introduced to Tigger who bounces out of who-knows-where into the story line. What I find significant about this from a symbolic perspective is that he arrives in the middle of the night from no identified origin which indicates he comes from the unconscious rather than the conscious realm. And he lands in Pooh’s front yard so we know Pooh will have a leading role, whether he wants it or not.

Tigger’s unintelligible noises outside wake up Pooh who finally lights a candle to see what or who is making this racket He then initiates a conversation in which Tigger begins to respond in limited fashion. The baby tiger is now operating in the conscious realm without a whole lot of equipment to do so except a craving for experience—and breakfast.

In their late night meeting outside which eventually moves into Pooh’s living room, Pooh finally tells Tigger to sleep on the floor and they’ll talk more in the morning. When Pooh wakes up he finds Tigger sitting in front of the mirror looking at his reflection but not realizing he’s looking at himself. (How often do we find ourselves in situations not aware they provide a mirror for who we are?)

Pooh asks him if he likes honey (desperately hoping he does not) and Tigger tells him that tiggers love honey. However, when he eats it for the first time he finds he doesn’t like it all. It’s the same on down the line with haycorns and thistles. Tigger is equally confident beforehand that he will like each until his experience teaches him otherwise.

Another key point of the Tigger story that punctuates the Venus/Mercury experience is that he doesn’t go looking for each of these breakfast selections. He doesn’t know enough to know what they are. Nor does he know the characters who will offer them to him. He just knows he’s hungry. Each of these options have to be presented to him – and they are.

We’re all Tiggers. As my Jungian analyst Jack Sanford was fond of saying, “Our egos don’t know what to do; we just bumble along.”

Our desires (Venus) engage us (Mercury) to do something we haven’t done before and we just tag along, or bumble if you will. These usually aren’t big things, just a series of little steps and turns, like much of life. But these two planets are guiding us to pave our individual roadways inch-by-inch to what will be our true destination.

Remember, though these may be personal planets, the desires that come through them are coming from the unconscious mind. This process is done in almost imperceptible steps, but it leads to the perfection of what mystics and alchemists call the Great Work.