The Stars: Do They Indicate or Influence? 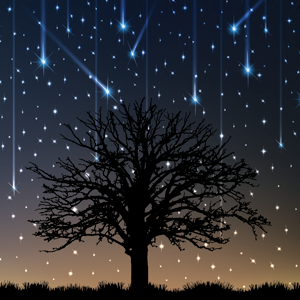 I thought I’d take a brief break from my analysis of Pluto’s involvement in the clashes of the masses with corporate and government powers to temporarily shift my focus to the stars in the heavens and simply wonder—also to ponder a little about how we astrologers talk about the stars.

My dad helped me a lot with my wonder of the night sky because he was enamored of the stars. He knew all the constellations along with the myths behind them which people were eager to hear because he was such a mesmerizing story teller.

Touched by gods He made the gods come alive. Listening to him I could feel their presence as they rode their ancient chariots and lightning bolts right into our living room.

He helped them set up permanent residence when he said that the stars were “the ceiling of our world and the floor of the gods.” How much closer could we get to the gods than that? They live upstairs from us in the same universal house! We share the stars—we are consciously in each others’ lives, the gods and us! I took this deep inside me and it has sustained me in ways I have not yet found organized in culture.

I expressed this in a poem about both of my parents’ influence—and that word will take on new significance in a few paragraphs—on showing me the power and magic behind the stars. That poem is the dedication to my book, Humanus Astrologicus. Here’s an excerpt about Dad’s role:

My father’s voice
stole thunder from the heavens
to tell of times when gods
first climbed down from the stars
to engage us on the same field of battle
and forever woke those gods
who slept inside of me.

There were many nights growing up in Wisconsin when it seemed that the entire starscape was visible from horizon to horizon, like thousands of diamonds glittering on a jeweler’s enormous spread of dark velvet.

The stars called to me in a language I didn’t know how to reply to except to take a canoe out late at night, paddle toward the middle of the lake and float weeping, flooded with a fullness I couldn’t then explain, that the poet in me still struggles to express.

It wasn’t until I started learning astrology that the stars and I had a breakthrough in communications. During the time of those early lessons I regularly dreamed of the planetary glyphs in an astrological chart. They became animated and the glyph of Mercury would rise off the chart and take me away for my lessons for the night which I wish I could tell you I consciously remember but I don’t, just that they occurred. I finally told this to my astrology teacher who replied that she wasn’t surprised since I was one who wasn’t learning astrology but was remembering it.

It was decades later, recently in fact, that I found something that explained that incredible influx of mysterious energy from the stars. I found it in the dictionary. I knew from high school Latin that the word influence means to flow in, but it doesn’t really explain the full meaning of the word, particularly its capacity to impact and change something. In my Merriam Webster’s Collegiate Dictionary, Tenth Edition, the first two definitions of influence are: a. An ethereal fluid held to flow from the stars and to affect the actions of humans. b. An emanation of occult power held to derive from the stars. All I could say to that was WOW!

Many astrologers, most probably, practically trip all over themselves to apply the standard explanation that the stars don’t cause, they only indicate. I’ve never totally bought it. The gods got to me first, clumping around upstairs in my consciousness and teaching me in my dreams.

Of course the stars indicate, but there’s more—and I think that “more” is influence. What do you think?