In Appreciation of Mercury Retrograde - Really! 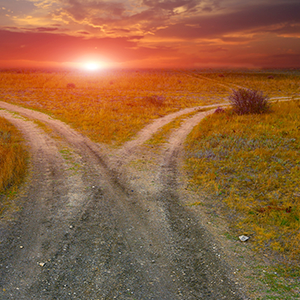 OK, Mercury goes retrograde three times a year– not to be confused with going rogue though many see it that way. We get nervous when he dons his helmet of invisibility and on winged sandals flies backwards through the heavens and our lives.

Lots of people — both those who know nothing about astrology and those who know a lot — get their undies in a bunch and respond with a panicked “duck and cover” strategy.

It’s not a strategy I engage in much. I’m an Aries. We stand up in foxholes and challenge people to shoot at us. No, we’re not stupid or disproportionately suicidal but we are willing to take risks, both measured and bold. And we learn from them with a minimum of whining.

Duck and cover people don’t want to start new endeavors or sign contracts during Mercury retrograde (Rx). I got that knocked out of me years ago when for several years I led a team of contract negotiators who set up treatment provider networks in several states for a managed care company. Many contracts in many locations. Sit on our hands for 22 days three times a year – more if you count Mercury’s storm? Yeah – right. Tell that to my VP and CEO.

Interesting that we never had any more problems with contracts negotiated and signed during Mercury Rx than those signed when Mercury was direct. (We also followed specific procedures.) Nor did we have more problems down the line with contracts initiated during those times. I also bought and sold houses when Mercury was retrograde and the deals went off without a hitch. The list goes on and on.

Oh, don’t get me wrong. I know Mercury Rx can bring problems. THAT list goes on and on, too. I’ve had my share of problems complete with travel plans blown to smithereens, once even accompanied by a concussion.

Remember, we’re dealing not just with the gods but with Mercury who is the cleverest trickster of them all. We’re not going to outwit him – not this god who sets speed records flying forwards and backwards often while invisible; not this god assigned to lead the newly dead to the underworld; not this god who keeps and carries the secrets of life and mysteries of the universe; and definitely not the only god who freely passes between the worlds of the living and the dead.

We need to pay attention–let me say that again–we need to pay attention when we know Mercury is going retrograde because he always leads us to a border of our known and unknown worlds. This is not a place most of us want to set as a destination in our personal GPS. But time and time again, myth shows us the futility of arguing with fate. We mortals trail the pack in this category.

So pay attention to where you land when he throws you off the bus because that’s your new starting point. That’s the place and direction you’re now concerned with. And the more you fight him the worse it can get. So pick yourself out of the dirt, brush yourself off, suck it up and go forward. There is plenty of treasure awaiting you if you do.

When Mercury is stationing (the degree at which he goes either retrograde or direct) in aspect to specific points in your chart then take particular heed to that planet/house/sign. As my friend and colleague Claire-France Perez warns us: “He’s saying pay attention! I’ll be back here again.”

Several years ago I researched transiting and progressed Mercury Rx in my chart. I was surprised at the beneficial turn of events it played in my life, turns I never would have had the foresight or insight to make. For example, while still in college, during Mercury Rx, I accepted a job in Chicago I would begin immediately after graduation. I hated the job, but it got me out of hometown USA and helped me make contacts that would two years later connect me to a creative and fulfilling career, a career that began when my progressed Mercury went retrograde. When it went direct 22 years later I again made major career shifts among which was starting down a path of becoming a many times published poet, writer and author.

Mercury Rx can alter our course — but within that we still have choices: go curiously onto the new path or whine and drag our heels trying to get back on the familiar one. And give the course corrections of your Mercury retrogrades time to evaluate their impacts.

I have come to look on the role of Mercury Rx much as Robert Frost must have looked upon that famous fork in the road in the yellow wood where he chose the road less traveled. Frost didn’t say whether or not Mercury was retrograde when he pondered that woodland juncture. When one reads his poem one doesn’t get the impression he chose that path because his car broke down, or he didn’t get the email or text telling him where he should have been, or his GPS device went haywire, or even that he fell off a cliff. Maybe all those things happened, but all that seems important for him to tell us was that his choice made all the difference. But he had to walk a while down the new path to find that out

I invite you to make your own analysis of your chart. Remember to look at both transits and progressions. I’d like to hear what you find out.