Connecting Dots with the Stars 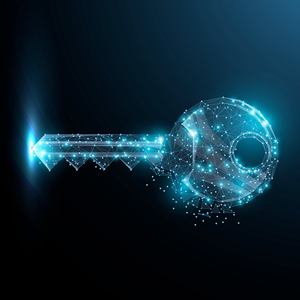 As a young child I loved coloring books in which I had to first connect the dots to outline the images to color. I liked the cleanest pages—nothing but numbered dots. I wanted the surprise of revelation with no visual hints Horse outlineas to what the picture would be, unless it was a horse. I could forgive anyone for slipping in pictures of horses.

Then my father introduced me to connecting the dots on the grandest of scales and the cleanest of pages—the stars in the night sky. He taught me and many others to use specific constellations as pointers to find key stars in other constellations. In this way I learned to negotiate my way across the sky much as I would cross a wide stream by jumping from one rock to the next.

He’d always start beginners with finding Polaris, the North Star, important for navigation for those in the northern hemisphere. The northern end of earth’s rotational axis points almost exactly to Polaris, so when you look directly at it you can be assured you are facing north.

Since Polaris is spot-on this axis it doesn’t move (or appear to), but all the constellations near it move, revolving around it. To realize the importance of Polaris to human history, keep in mind that 90 percent of the world’s population lives in the northern hemisphere.

Don’t expect a blazing beacon. Polaris is disappointingly dim and not easy to find, even when you know where it is. To this day, I springboard off the Big Dipper with its bright stars and unmistakable shape. (See image to left). To find the Big Dipper, hold your arm up and out at about a 45 degree angle aimed at the sky. Then turn in a circle until you see it. Follow the two outside stars of the dipper bowl from the bottom of the bowl to the top and beyond until you see Polaris, which is also the first star in the handle of the Little Dipper. This works even during months when the Big Dipper is upside down.

For future reference, other pointers within the Big Dipper show it’s just a few quick hops to Arcturus in the constellation Bootes the Herdsman, to Regulus in Leo, to Spica in Virgo and. . . you get the picture.

Dad told me how thousands of years earlier our ancestors identified pictures in small groupings of stars, naming them according to what they perceived as their corresponding seasons and functions on earth. It thrilled me that thousands of years ago people looked up at the same stars I look at and told their children many of the stories about the gods and heroes in those star pictures that my dad told me. It connected me to the past in ways nothing else has done.

There were many nights growing up in Wisconsin when I was utterly mesmerized by the dazzling array of stars spread out from horizon to horizon. I felt their pull on me to reach out, to connect somehow. But how? The stars called to me in a language I didn’t know how to reply to, that left me sometimes weeping, flooded with a fullness I couldn’t then explain, that the poet in me still struggles to express.

When I got into my thirties we had a breakthrough, the stars and I, and its vehicle was astrology. It came from digging for the treasure buried deep in something else my dad used to tell me: “The stars are the ceiling of our world and the floor of the gods.”

That was when I REALLY started learning how to connect the dots. I’ll pick this up next post.

Meanwhile, I’d like to hear how you connect with the stars.