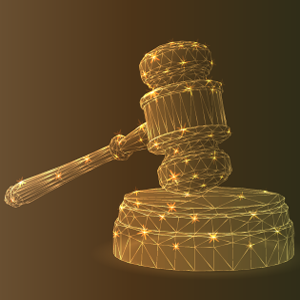 Understanding the Pluto in Libra period (1971-1983) in our nation’s history takes some discussion, one of Libra’s favorite activities. That’s because Libra needs to articulate all aspects of any issue sometimes to an exhausting degree for those not so inclined. But without Libra’s deliberations and mediations we would be lost in the tall grass. Libra brings us to each other. And we need each other–whether we like it or not.

Libra is not just the sign of relationships but of the reciprocity and fairness that make satisfying relationships possible and enduring. So to talk about Libra you have to bring in its opposite sign Aries. Aries is all about the individual developing by following one’s own path, doing what he/she wants, so Aries can often act without thought of consequence—and that’s a nice way of putting it. Libra provides the mirror for self and a model for relating.

When Aries and its self-will run riot can see its impact on others through the reflection of Libra, and when Libra can incorporate more of the self-assertion and self-identification of Aries, strong healthy relationships can develop. Until then, metaphorically, this astrological polarity can be like an alcoholic marriage before anyone goes to AA and Alanon.

Don’t think for a minute that Libra is wimp. And while I’m at it let me correct a frequent misconception that Libra is indecisive. It is not. Libra simply requires more tonnage of information than other signs before it acts. This isn’t the same as the Virgo need to organize data. Libra’s primary energy is symbolically represented by the scales of justice. Its role is to review all the facts, and I mean all, and when that is completed to render a fair judgment.

Libra appears tolerant and in most respects it is—until its judgment is determined. Libra’s tolerance comes from an inherent understanding that information isn’t just what is immediately evident but is also found in the extremities of the situation. So like a judge, which is exactly what Libra is, they listen, they mediate, they listen some more, they gather more evidence and then they retreat to consider. When they emerge to deliver judgment it is powerful and it is just. At that point any perceptions of over-identification with diplomacy are quickly erased.

When Pluto enters either Libra or Aries the inequities of individual civil liberties (Aries) and social injustice (Libra) are highlighted in culture. For those coming into the middle of this blog’s examination of Pluto’s role in American culture and politics here’s a brief recap of Pluto’s impact through its progression through the signs of the zodiac.

In astrology the planet Pluto works at a global level. As Lord of the Underworld his intent is to dredge up from the depths repressed inequities impacting the masses. He does so in ways that can’t be ignored. He specifically exposes the malignant and destructive concentrations of power relative to the sign he is in and then provides opportunities to clean up the whole mess. His antidotes are new or revised policies that improve conditions for individuals and the culture. Pluto locks everyone in a long slow roll tumbling us over and over so we can’t escape experiencing just how bad things have become which provides the impetus to bring change.

To understand the impact of Pluto in Libra on this nation we have to first back up 160 years to see what happened when Pluto was in its opposite sign, Aries, which was the period leading up to the emancipation of slaves and the Civil War. Then we need to fast forward to the 1970s when Pluto was in Libra, a period that started to deal with all that was left undone regarding individual rights in the context of social justice—and what a lively and messy period that was in our history!