Understanding Libra’s Decision-Making Process: It Can Be Done! 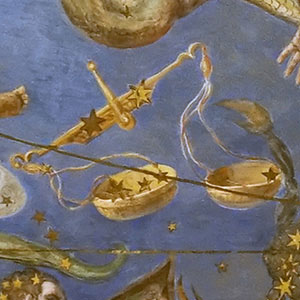 On to the sign of Libra to examine the validity of the sound bite most commonly applied to people of that sign: Do they have trouble making decisions — yes or no?

Ask friends of Libras at restaurants who in frustration just yanked a menu out of their Libra’s hands. The answer there would be, “OMG yes!”

However, ask Libras the same question and their eyes will widen a little and they’ll say in a very even tone that oh no they don’t have a problem making a decision . . . in fact . . . and then you are caught in the most level-headed but protracted discussion covering many points that you will endure during their famous “other-handedness,” (Well, on the one hand… but then on the other hand… )

Or they may fire back at you like a scud missile. And you back up saying, “What the…?“

So here’s a piece of the astrological Rosetta Stone on Libra to help you discern qualities expressed through both “hands.” Knowing this can make your life with someone with a strong Libra component a little easier or at least not as confusing.

The 411 on Libra’s decision making process

It’s in two stages but each stage is so different from the other that unless you see them play out in sequence you might miss their relationship to each other from process to outcome.

Identifying Libra’s process is a lot like discovering that someone you know has a drinking problem for which one of the indicators is high tolerance to booze. This means that person can drink volumes before showing any signs of being drunk. Sure, they’ll eventually get pretty loaded but it often takes a while to acquire a reputation as a drunk because there aren’t too many left standing to witness it.

Here are key points about how those two stages work together. Think of it as preparing for a courtroom trial. This image of justice also associated with Libra is, of course, symbolized by the Scales of Justice

Stage One: The L-O-N-G game

This is the patient nose-to-the-grindstone stage, mostly observation and investigation done with cool detachment, like pre-trial examination of all evidence—no matter how obliquely related. No sign in the zodiac requires the tonnage of data needed to complete this part of Libra’s process.

This differs from Virgo’s need to find how all pieces fit together—that’s a smaller territory with boundaries. Libra is the sign of witnessing the extremities of any situation, understanding that every path has a different course, destination, and outcome. Astrologer Jeff Green many years ago described it like this in the context of the Aries/Libra polarity: Aries is the fiery bullet rushing through space; Libra is the space through which the bullet runs.

Libras, therefore, in this Stage One phase have great tolerance for extremes. They aren’t easily shocked. They’re curious. And they don’t easily get emotionally entangled. They need to understand both content and context.

Think of a judge throughout a trial, listening attentively to protracted, complicated arguments day after day, details that may numb other minds into deep comas. But it’s the judge’s job to follow it all and rule on any challenges. I’ve served on several committees with judges and have observed that is how the ones I know act in any process. They listen to everything, and at any point they can give a summary with pinpoint accuracy. Sure, there are those who are political hacks and even crazy, but that goes with any profession.

Who knows how long this process will continue, when the summaries will be made and presented to the jury or judge for the ruling, but the Libra intuitively knows. There’s no mistaking when that point is reached. You will think you’re dealing with a different person—and in a way you are.

Stage two is short in duration and often powerfully expressed.

There is little warning that this stage has arrived until, like a judge in the courtroom, Libra bangs its metaphoric gavel and with thunderous voice points to the accused (again, metaphoric) to render the verdict. There is no negotiation, no compromise.

On the other hand… they can be quite compassionate but still, their role is to implement the verdict, render judgment without retreat. They have no problem with that, no equivocation.

I’ve experienced this with my personal Libra rising expression and it’s amazing, like sailing the open sea for a long time, looking here, going there, and then suddenly reaching shore. I’ve witnessed it in the many Libras I know and, after identifying this process, enjoyed discussing it with them. They have been pleased to learn that I’ve observed it.

Would they have spoken of the two stages without my “outing” them? It’s been several years since I’ve “worked” with this knowledge, but now that I’ve brought it out front again, I’m going to seek out my Libra friends and associates and talk with them about this. I encourage you to do this same—and please let me know what you discover.