Saturn Ate His Children: What's That Mean in Astrology? - Part I 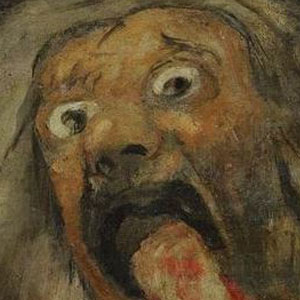 You wouldn’t settle into a committed partnership without getting to know the family would you? OK, scratch that. We’ve all done it. Let’s start with when you do finally meet the family and it explains a lot.

If that family imbibes in alcoholic spirits in its festive and celebratory activities—or just for the hell of it . . . like at breakfast – like heat applied to a chemistry experiment it speeds up the revelatory process. The more you observe the more you find yourself saying (largely to yourself if you’re smart which I can’t claim to be in this area), “OK, this explains that and OMG now I see where this comes from.”

It doesn’t turn back the tides of time but it does give you more material for understanding and a few survival techniques you can apply to present day.

And so it is with mythology. As astrologers we need to get to know the families of the gods the stars and planets were named for – how they interact, what their life patterns, challenges and triumphs are. It helps with explaining people’s charts to them.

So starting with Saturn one of the first things we learn about him is that he ate his children. This brings up questions: Why did he do that? Who did he eat? How does it all apply to astrology?

So I’m going to answer these questions starting with a story. But I warn you—there are no fun stories about Saturn. Also revealed in this recitation (written in four parts) are some clues about the astrological influences of his son Jupiter and Jupiter’s older brothers Neptune and Pluto.

Once upon a time in the genealogy of the gods Saturn was born into the second generation of Titans or “first gods.” His parents, Ouranos and Gaia, their king and queen, were the “Adam and Eve” of ancient Greek and Roman mythology. Ouranos was not a nice guy. In fact he was so brutal and tyrannical that his wife urged their son (Saturn) to kill him which he does by castrating him.

OK, you can’t really kill gods but they can be robbed of their creative powers that sideline them for longer than human consciousness can project. You need to keep this in mind as we proceed.

Just before Saturn’s sickle cut away Ouranus’ genitals, he prophesized that one of Saturn’s own children would overthrow him, just as Saturn now did to him. In ancient life a prophecy was considered a fait accompli. Still, Saturn thought he could escape the prophecy’s fulfillment by manipulating circumstances. He ordered his wife, Rhea, to immediately give him each child at birth whom he then devoured, among them Neptune and Pluto.

By the time their son Jupiter came along his mother was desperate to have a living child so she conspired to have him hidden immediately after his birth. She wrapped a stone in infant’s clothing telling Saturn it was their son. He quickly swallowed it, not noticing the deception. The prophecy was fulfilled. Jupiter did eventually overthrow his father but, nipping a bad family tradition in the bud, did so without killing him demonstrating that while the apple doesn’t fall far from the tree it certainly can roll some distance from it.

Jupiter then forced his father to regurgitate the children he had consumed, among them Neptune and Pluto.

Saturn, as the god of time (and many other things we’ll explore in the next post) “eats” us all through time’s deteriorating effects on our mortal bodies, eventually cutting down all living things.

And on that cheery note we’ll pick it up again soon in Part II: Interpreting Saturn in astrology.