Pluto in Leo: All the World's a Stage 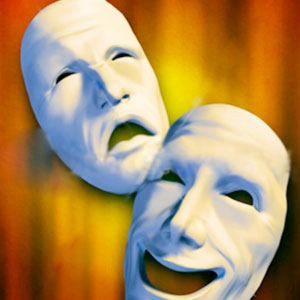 Those born in the Pluto in Leo generation (1939-1958) are the greatest contributors to today’s “my way or the highway” partisan political paralysis. Here’s why.

Leo is the sign of kings and all royalty. It’s also the drama queen of the zodiac, since other life areas Leo rules are those of creativity and children, demanding center stage in every splashy production it’s so brilliant at staging. Look at me, Mom! See what I did!

If you haven’t read my previous posts on Pluto’s role in world events, here are some key points. Pluto is a king himself, Lord of the Underworld. He is not the devil of Christianity but he shows us who the devils are. The underworld he shows us is not hell but where we have created hell by not attending to growing inequities that he causes to erupt on massive scales.

Pluto is about power and how it is expressed. He reveals to the masses what they need to know about power imbalance. He works at a global level to show these imbalances at levels so intense that they have to be recognized and addressed.

Three months after Pluto roared into Leo in June of 1939 to stay, not retrograding back into Cancer, Hitler’s armies rolled into Poland launching a world wide conflict unequalled then and now. Likewise the most terrifying exhibition of power the planet had witnessed, the atomic bomb, first exploded during Pluto in Leo finally ending the war.

This placement of the King of the Underworld in the sign of kings demanded superlatives. There in grand proportion were powerful villains and super heroes clashing for world domination, looking like a casting call for a Cecil B. DeMille film. For every Hitler and Hirohito there was a Churchill and a Roosevelt, for every Rommel there was a Patton.

Defeat for Pluto in Leo is too terrible to contemplate. Victory must be absolute. The king lives or the king dies. His realm expands engulfing his enemy’s territories or it is captured and his subjects sold into slavery. (Pardon the purple prose–Leo seems to demand it.)

Power and its staging are what are important to Pluto in Leo. Compromise and negotiation are not used to find middle ground between warring factions. However, they are used to build alliances that have the power to check another nation’s or faction’s power, like the United Nations and NATO formed during this time.

Power struggles resulting in gross imbalances are always inherent dangers in the dynamics of politics and government. But with Pluto in Leo you don’t just have the bickering of ministers, you have a war of kings. This emerged when the Pluto in Leo generation began to ascend to the thrones of political leadership in the late 80s and into the 90s. This period marked the beginning of the end of the modicum of civility between the two major political parties and commenced the drawing of sharp divisions (the mapping of kingdoms), and the demise (for the time being anyway) of true political negotiations.

Leo is also the sign of the need for self expression. Boldness, bravery, and fun are hallmarks of this Pluto in Leo generation dedicated to designing their own destinies, breaking free from old traditions with style and grandiosity hard to equal. As astrologer Steve Forrest says, “They want to be datable in their 80s.” They do want to make a better world, but they also want a grandly better life for themselves. (Sort of squirming here writing some of this since I’m one of them.)

So the challenge of this generation is what happens when the king wants what is best for the king and not the kingdom. Since he is not involved with the daily lives and fates of his subjects who live outside the castle walls he is often unaware of how his indulgences can take bread out of their mouths. That’s the purview of Leo’s opposite sign, Aquarius. The realignment of power structures now happening with Pluto in Capricorn (February 4 post) will allow for the needs of the “little people” to be better tended when Pluto enters Aquarius in 2024.