How Would Astrology Change If We Lived on Mars? 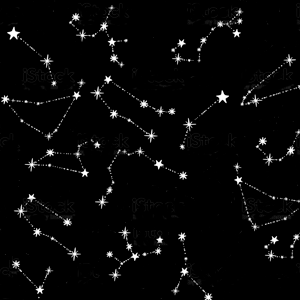 Ever consider how living on another planet would change the practice of astrology? Me either, until my first year astrology teacher posed the question.

It was the end of the course. I had been feeling kind of inflated – I know, hard to believe about a young Aries—because my teacher had just told me that I ran out in front of the class because I was more remembering astrology than learning it.

My inflation was short-lived, punctured when she hurled her final challenge to us: “So what would be the framework for astrology if we set upMars w Polar caps housekeeping on Mars?”

My mind spun—and continued to do so for years–only producing questions I couldn’t answer. Stuff like, since Mars would no longer be a planet in the sky and we’d be standing on it, what planet would replace the meanings associated with Mars that we know on Earth? Things like battle, anger, fertilization, sex, force, energy, and (lest we take it for granted) the very blood that flows in our veins—all, by the way, associated with the color red, the color of Mars. At least that’s how we see it from earth.

Or would our Terran (as they say on Star Trek) perceptions be so foundational to Martians, integrated so utterly into their being and environment that they would be as unconscious of them as we are to the many elements of Earth life that support and provide sustenance of our being?

Earth from spaceAnd the bigger question–would we even have those same energies and forces manifesting on Mars—at least in forms we would recognize? Or would we be as clueless to its astrological influence on us as we are to the astrological influence of our planet Earth we now stand on? And for that matter, what would be the influences of Earth, the blue jewel of a planet, on Mars? And how can we address that question on Mars when we can’t answer what Earth means here on Earth?

Maybe we have trouble answering because we need to ask different questions, or maybe not ask them at all. Take a different tack. I’ve found more and more that whenever I run into new territory with which I have no familiarity I’ve learned to start scoping it out applying the following:

Consideration. Now there’s a word. Its origin of meaning is “with the stars.” And I have found after several decades on this planet that consideration—meditative consideration—leads to discovery. Forget the questions—go look at the stars. Answers will follow. I promise.